The shape of the frame suggested the female form, so Blodeuwedd’s back is seen, arms stretched up to the moon against a night sky. The wings pierce the skin of her back as she changes from human to avian form.

The frame, normally submerged under layers of horsehair and hessian, was so beautiful that I decided to break the normal rules of upholstery and expose it.

How the horsehair stuffing was arranged over the frame

I stained the wood and polished it with wax, leaving the frame with all its tack holes revealed, blemished by its history. 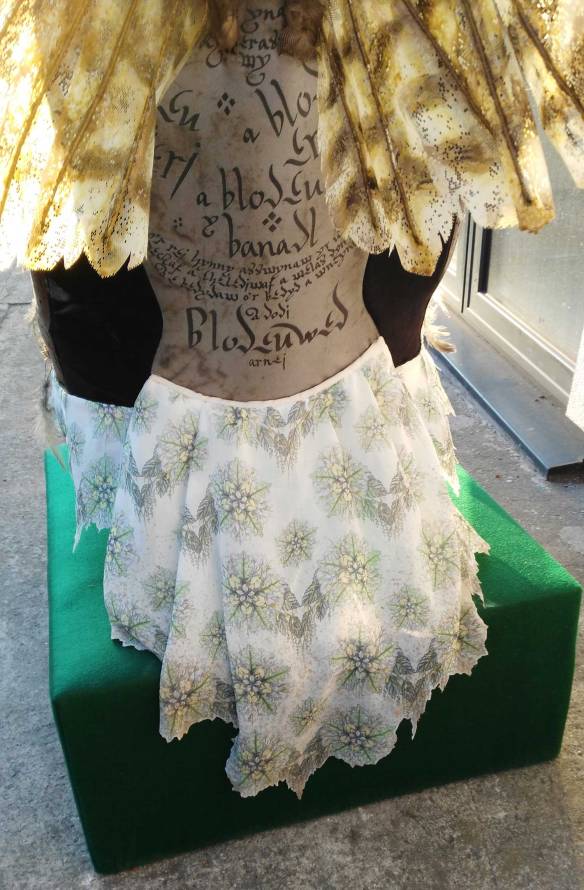 The story of Blodeuwedd’s creation is written on her body and the shadows of meadowsweet haunt her skin like veins. I used the translation and spelling on the online version of the Red Book of Hergest published by Jesus College, Oxford. The calligraphy is loosely based on a C17th Flemish script, used as a basis to create a fantasy script to suit this piece. 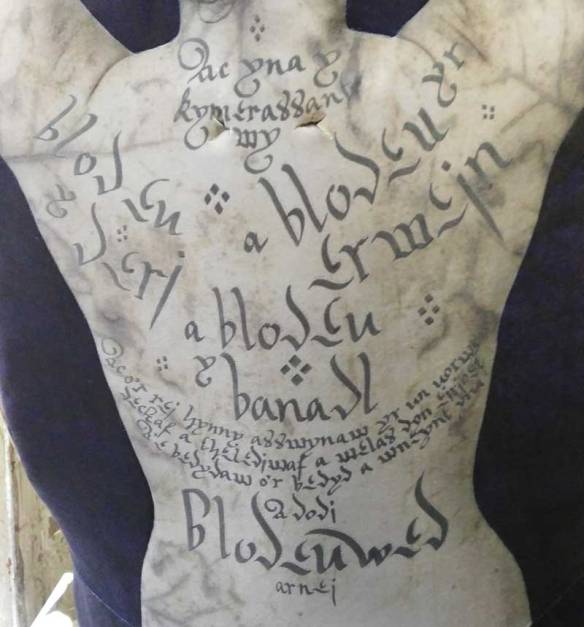 Below are some roughs when I was experimenting with the calligraphy. 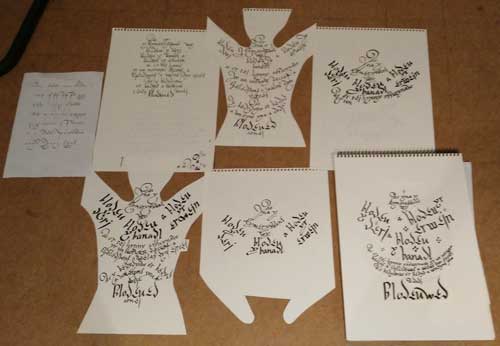 Next – take a look at the inside back.